Formulate the problem: find the human. Delineate the field of action: a collection of pixels in a single photograph. Follow the instructions: decode the specific arrangement of elements: head, torso, limbs. Watch out for traps! End the process: identify the arrangement or its absence. For image-recognition web algorithms, identifying the human body in connection with a number of other data helps create an algorithmic profile of individuals, i.e. structures composed of behaviour patterns and anomalies. In machine logic, the body is a normalized arrangement of points, lines and their mutual references. Zuza Golińska captures the process, forming an algorithmic structure in which the body empowers itself in the process of its own deconstruction. The basic points of reference in this arrangement are vertical and horizontal laser lines, in relation to which the remaining elements position themselves. For the artist, this rudimentary structure is a natural environment. It resembles the graph-ruled notebook pattern she liked to fill in as a child in a way which would not disrupt the existing order. This time Golińska fills in the grid of the spatial drawing with her own body, using the widths and lengths of its selected parts. Her method is based on a physical presence in space and positioning herself in the gradually forming composition. The body seems to fit the existing order, but in effect it gets deformed and diffused. People visiting the space introduce more changes and thanks to them the geometry of the arrangement becomes soft and adjusted to the shape of the figure, some of the lines disappear altogether, blocked out by the moving bodies – the virus of the algorithm.


Warning: count(): Parameter must be an array or an object that implements Countable in /STRATEGIE/wp-content/themes/kalium/inc/laborator_functions.php on line 751 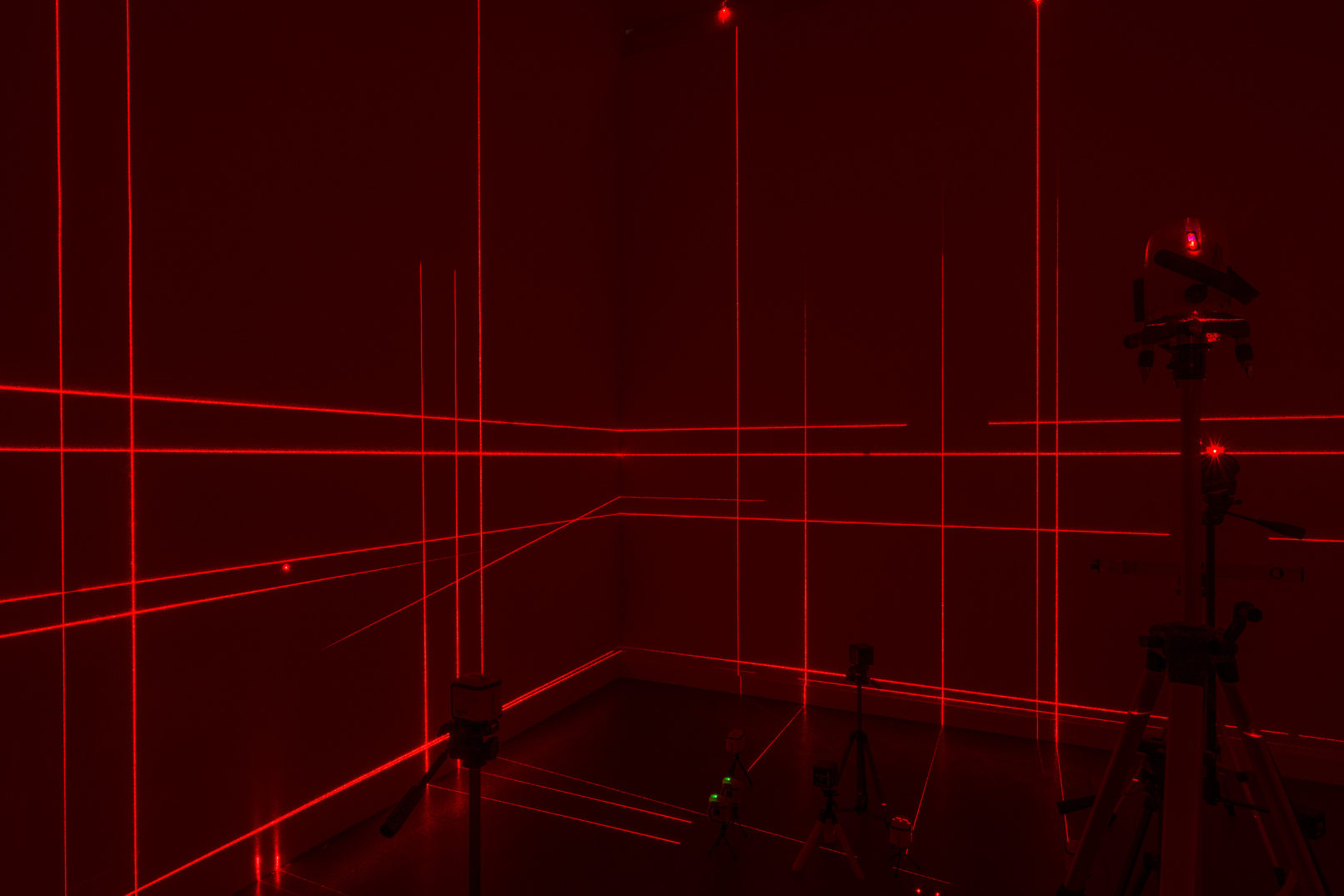